Design Journal - “Here there be Pirates” 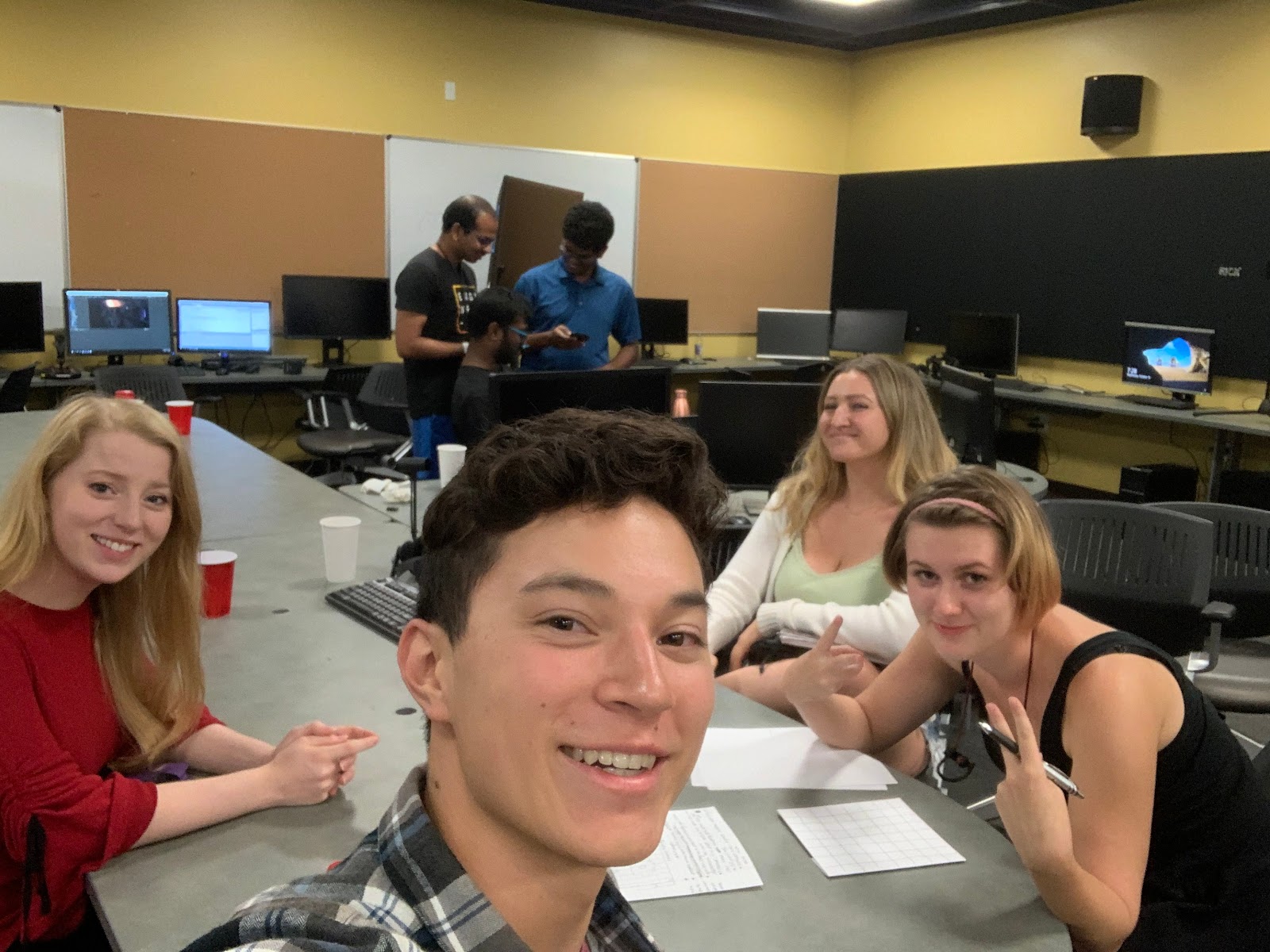 Team members from left to right:


Our team was quick to jump to work, experimenting physically with the object and bouncing ideas off one another. 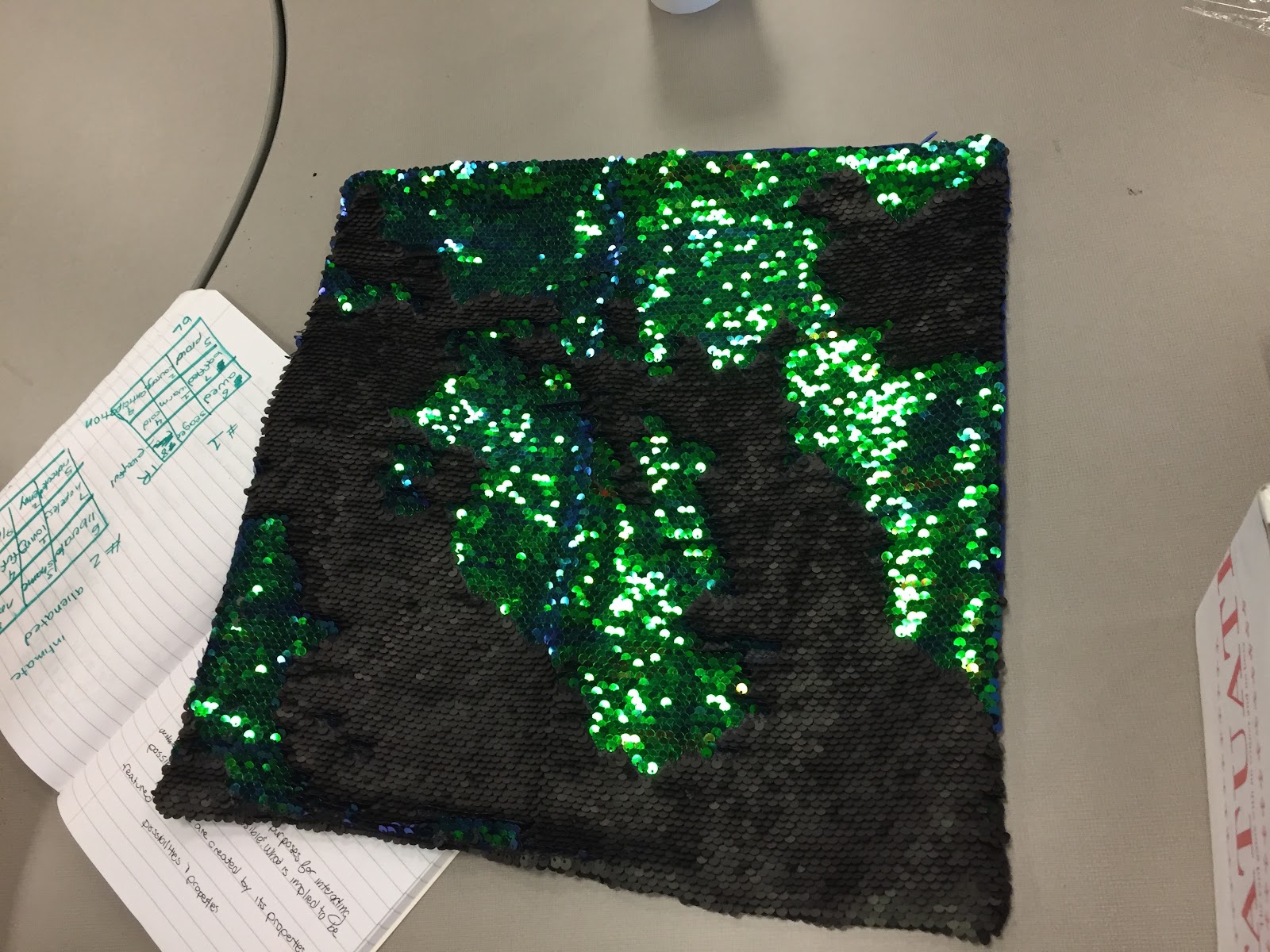 We found that the object interestingly affords:

Multiple people interacting with it


Initial ideas included creating an “IRL slither.io or splix.io” with the color-change ability of the pillow case. 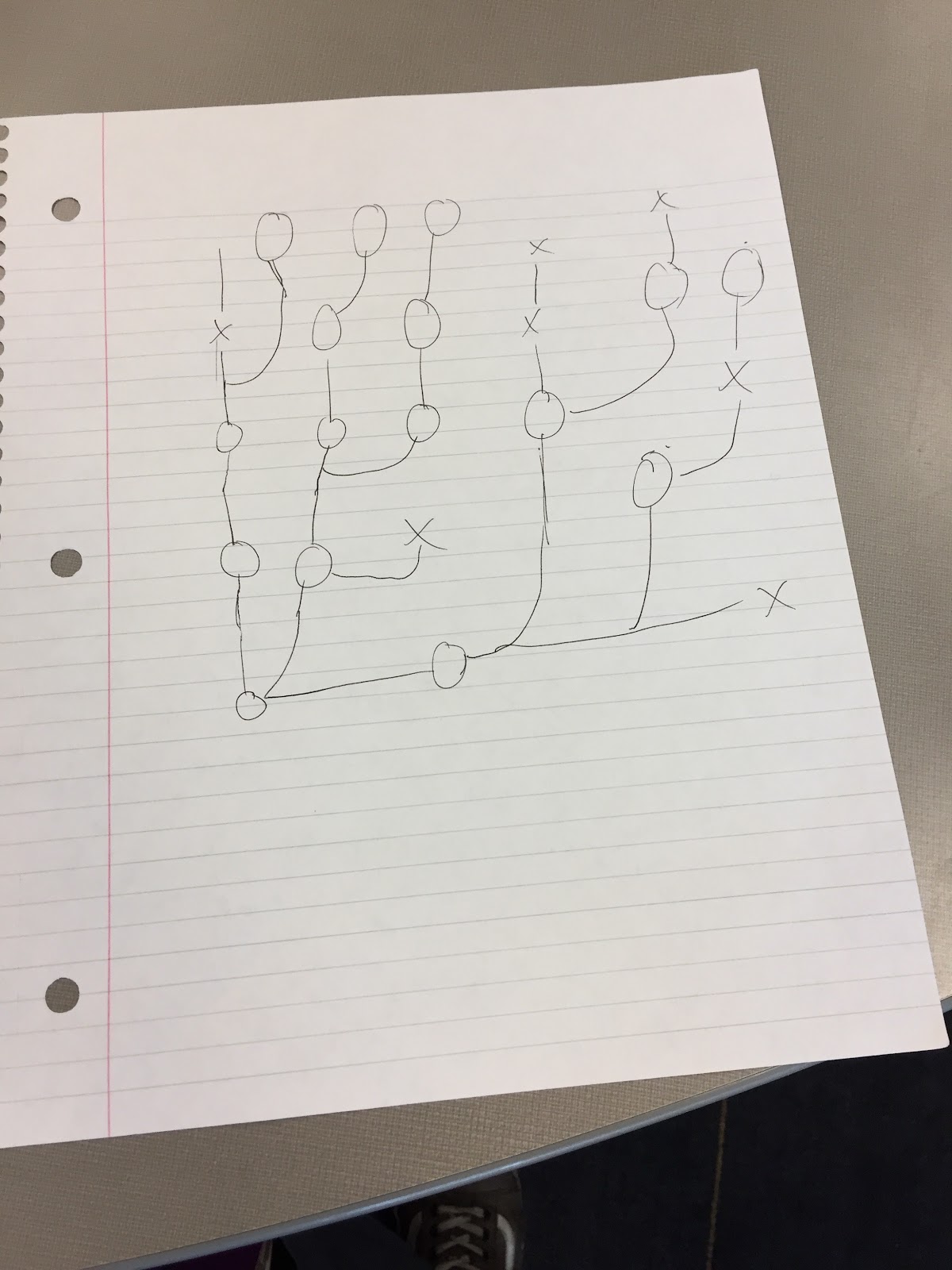 However, the color changing really only worked in two directions (up and down, not left to right), so it did not afford the movement necessary for such a game.


Then, we came up with the idea of an ocean exploration game, inspired by the blue/purple/green/azure colors of the object. 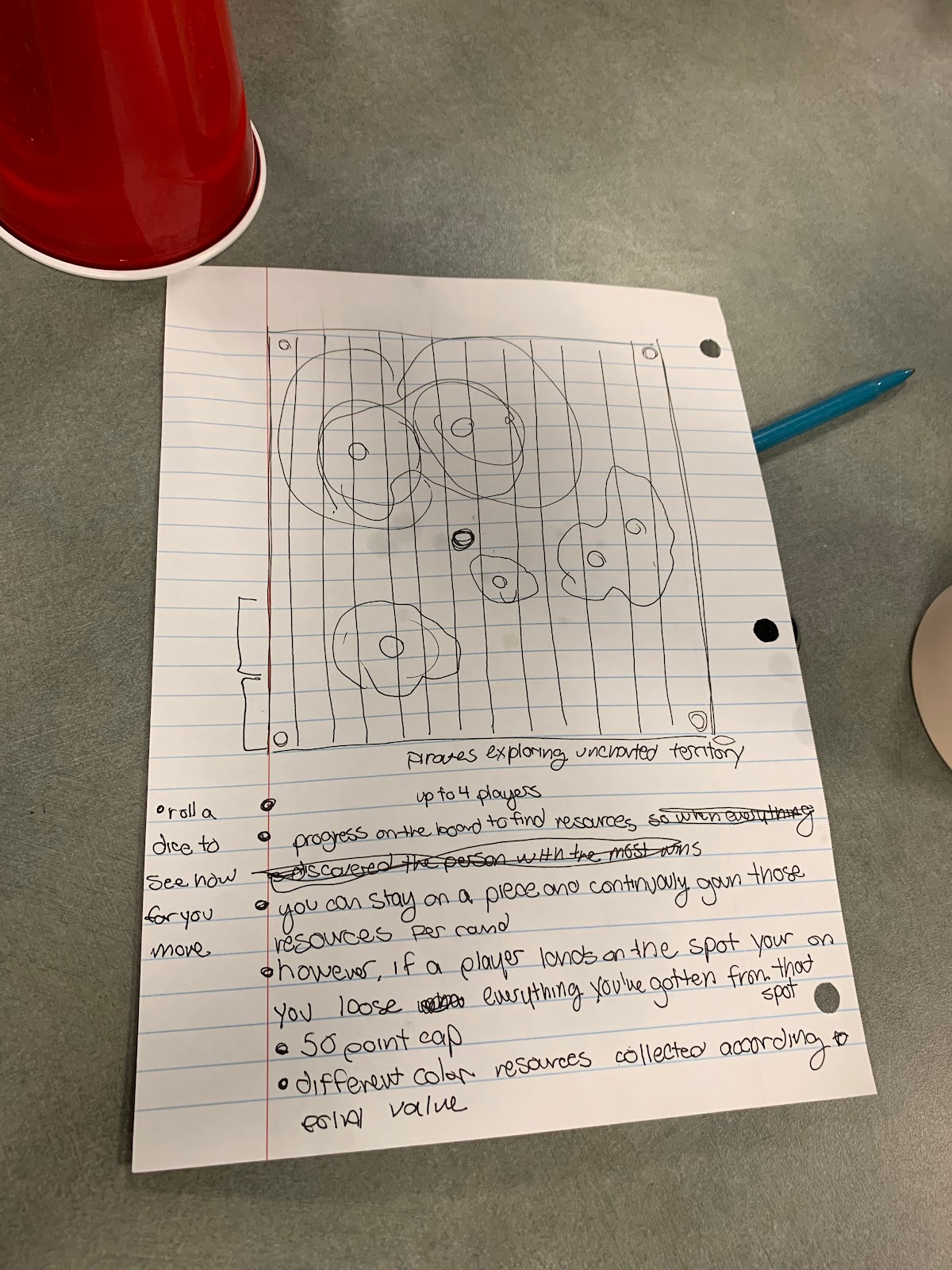 We considered making a card-based story game that progressed as players revealed new parts of the map.

But instead of our initial idea of a card-based story game, we opted for a 4-player competitive pirate game, with booty-filled islands and stealing mechanics. (pictured to left) 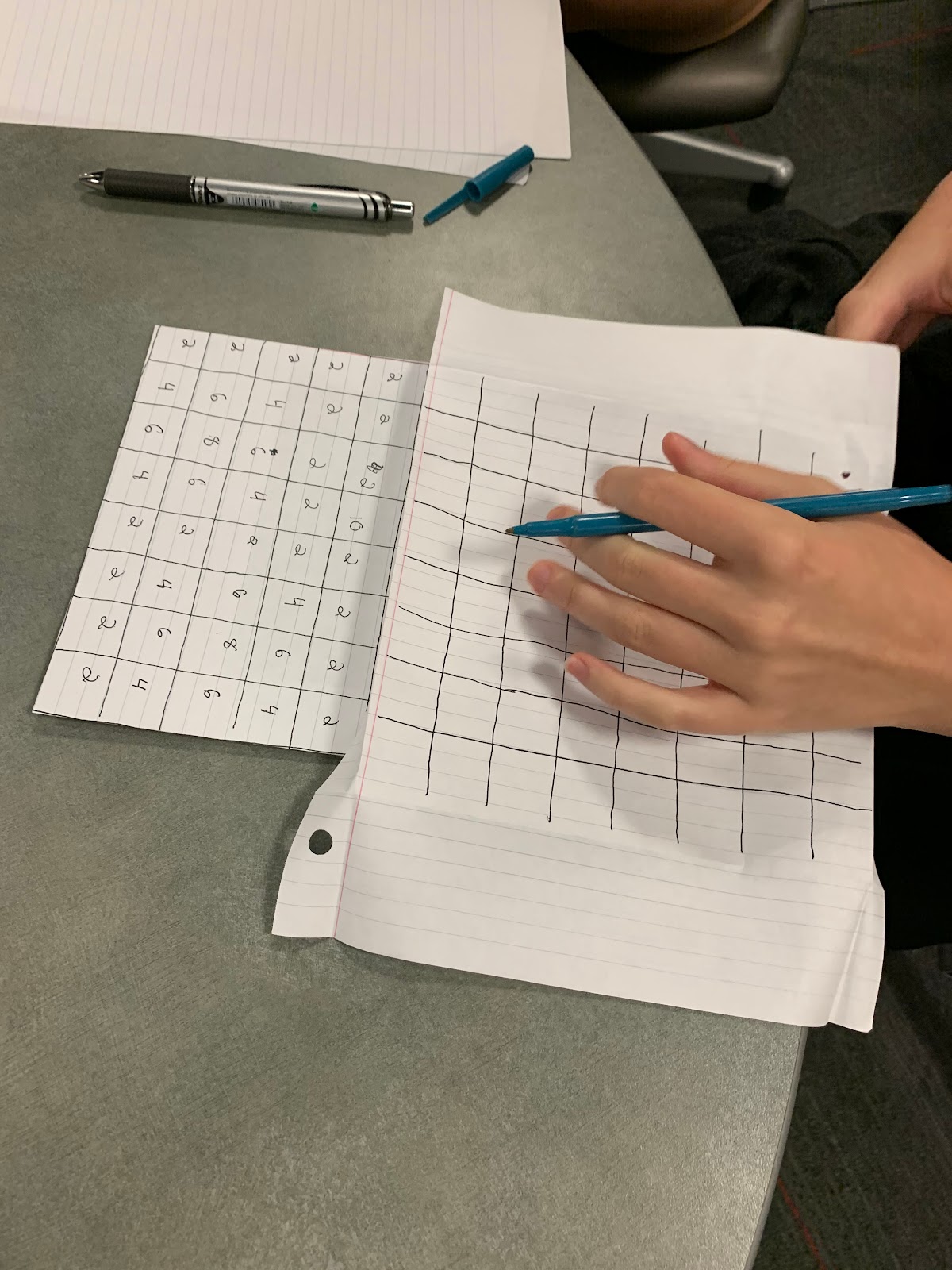 Early iterations of the game were quickly prototyped using paper 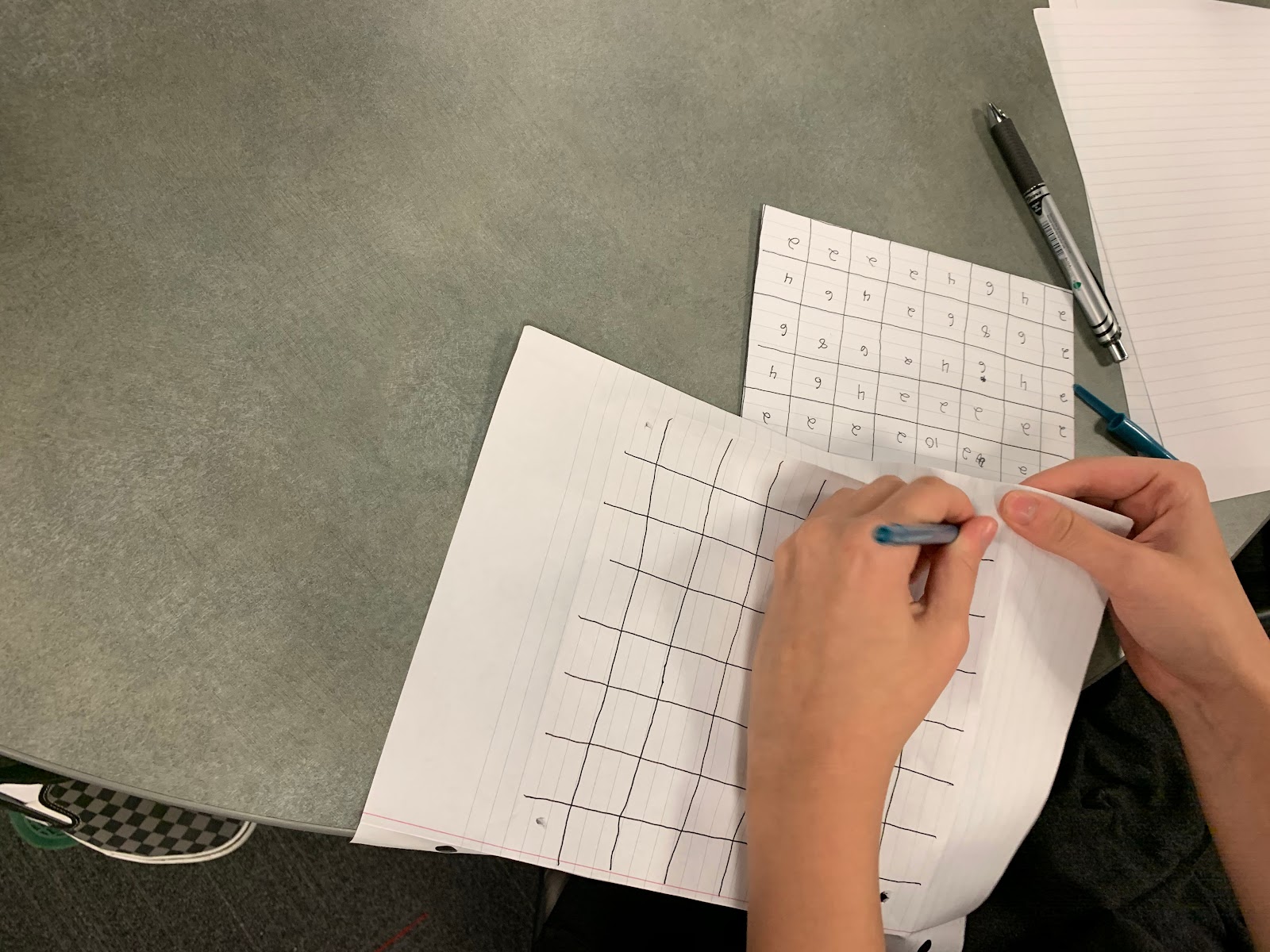 Our first map was smaller than our intended end goal, simply to test if the idea was viable. 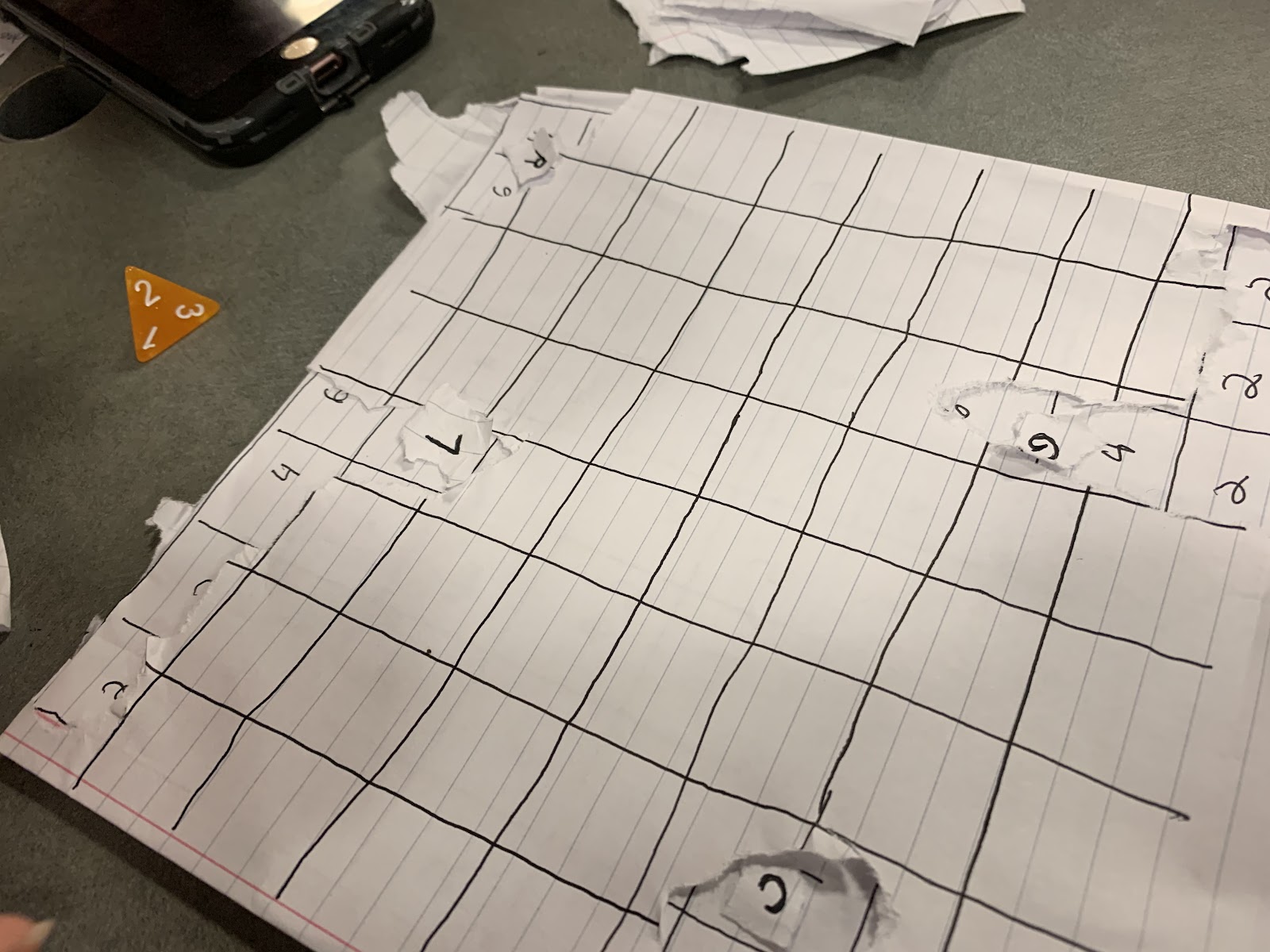 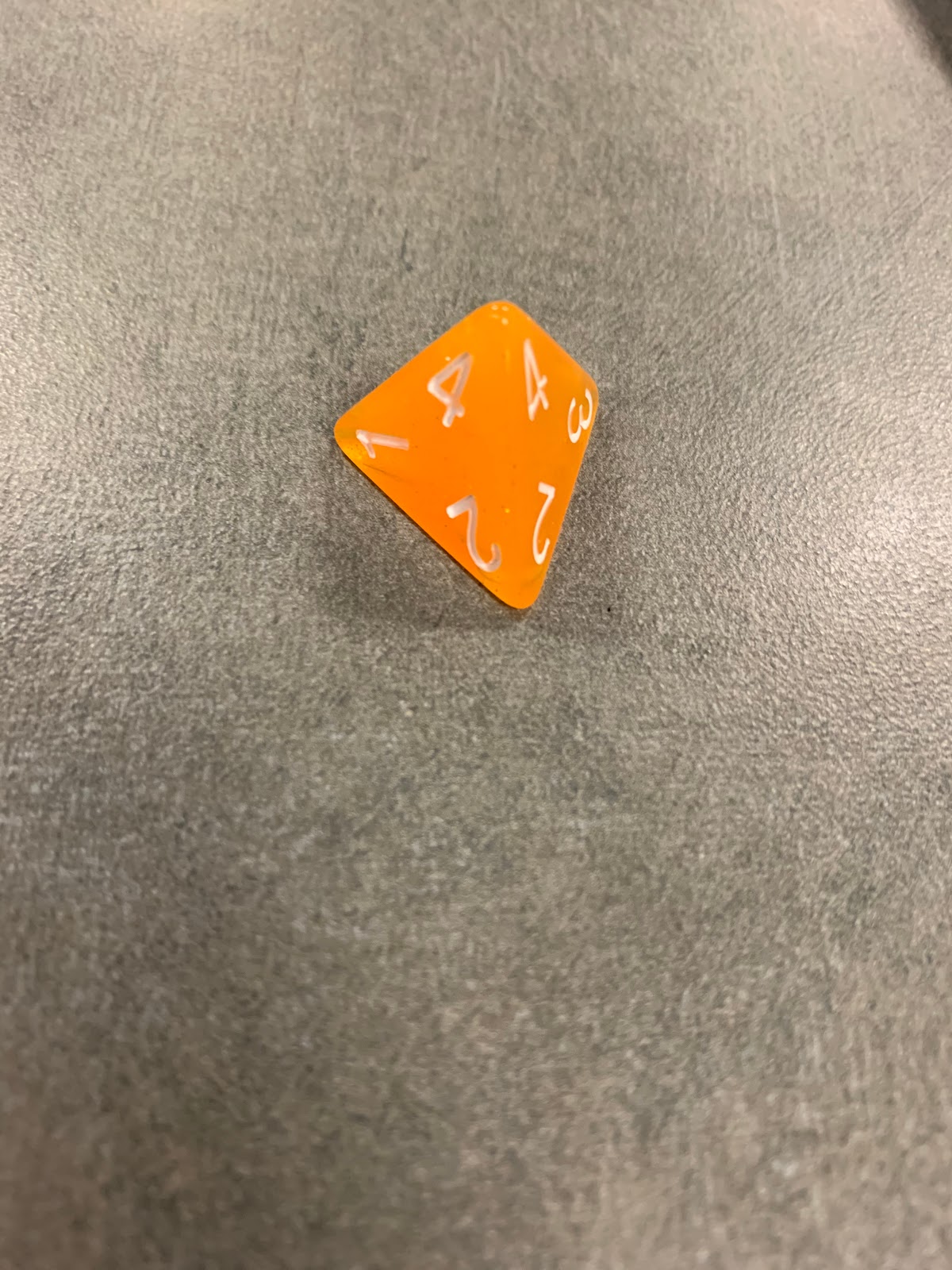 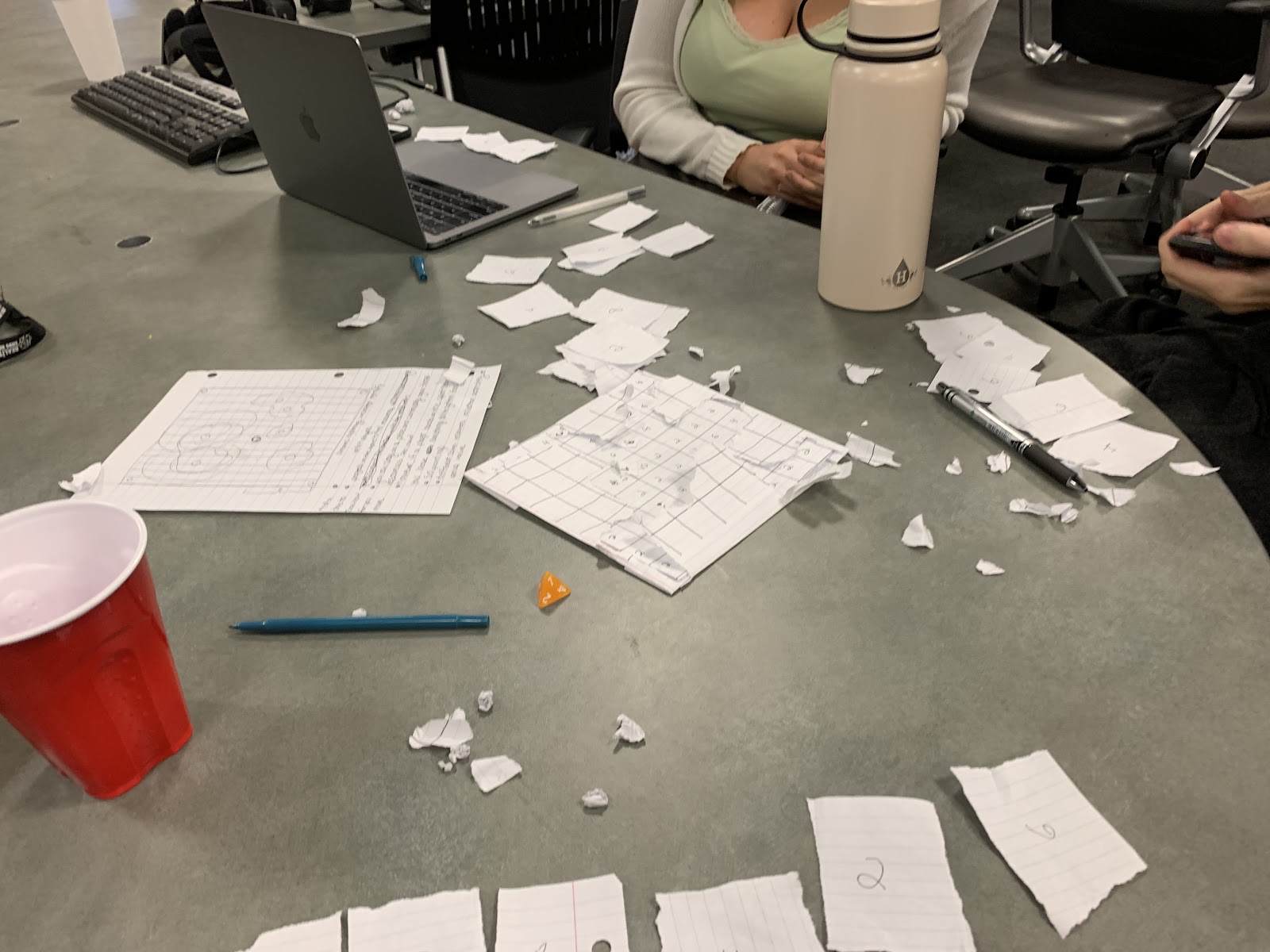 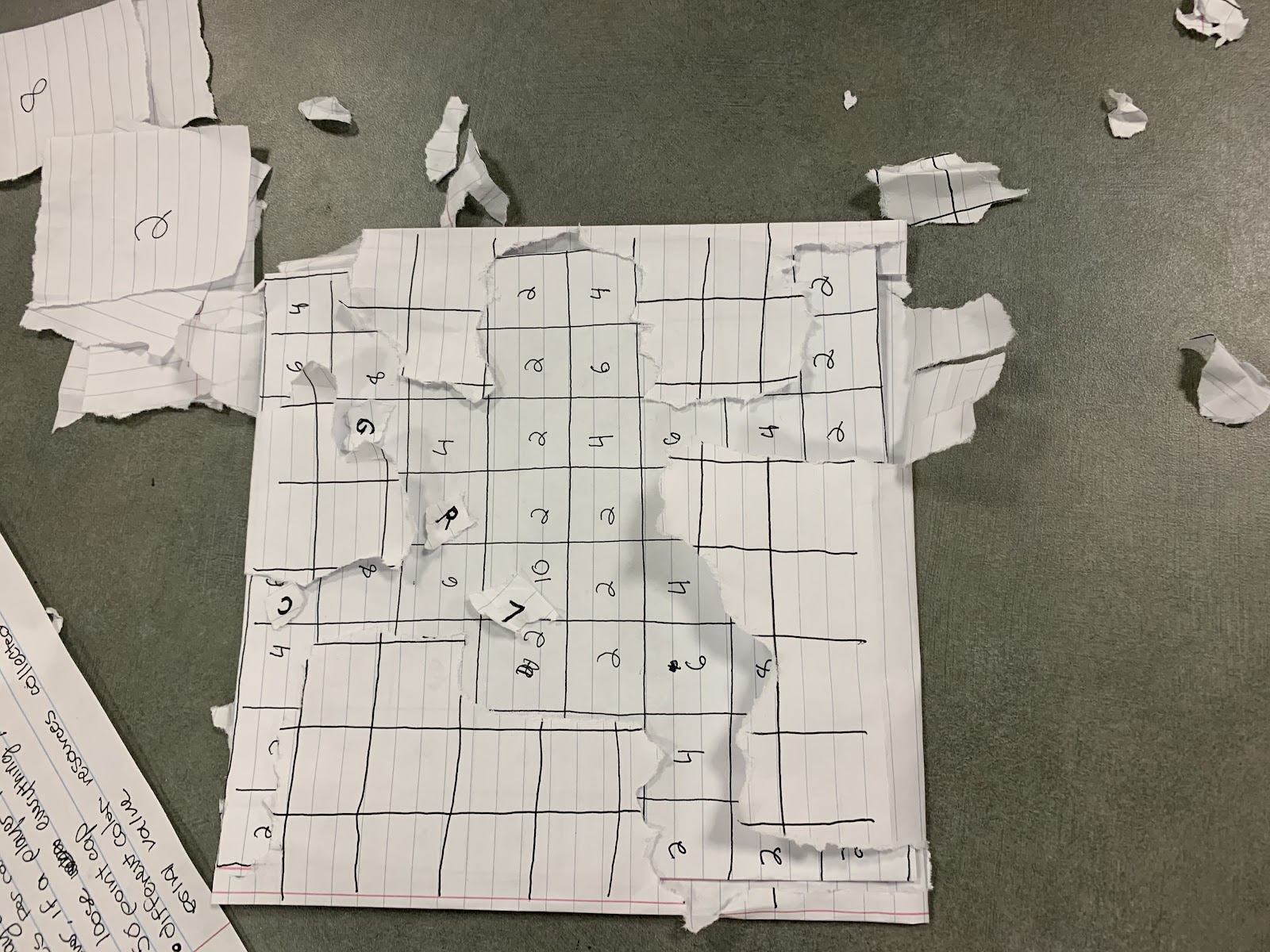 The game worked well, though it was very messy! 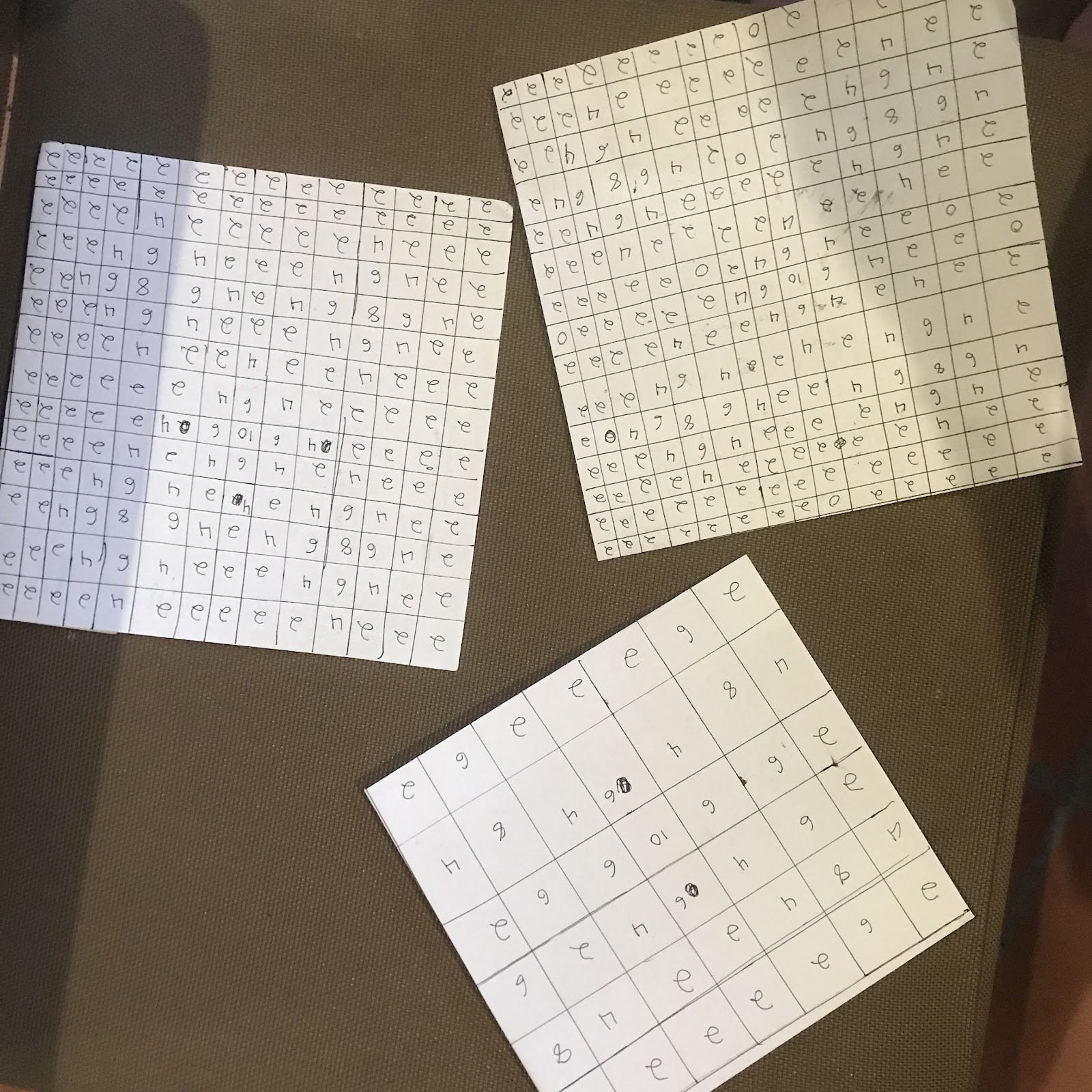 External playtests were conducted with varying board sizes, trying to find a good balance of distance between players and length of play 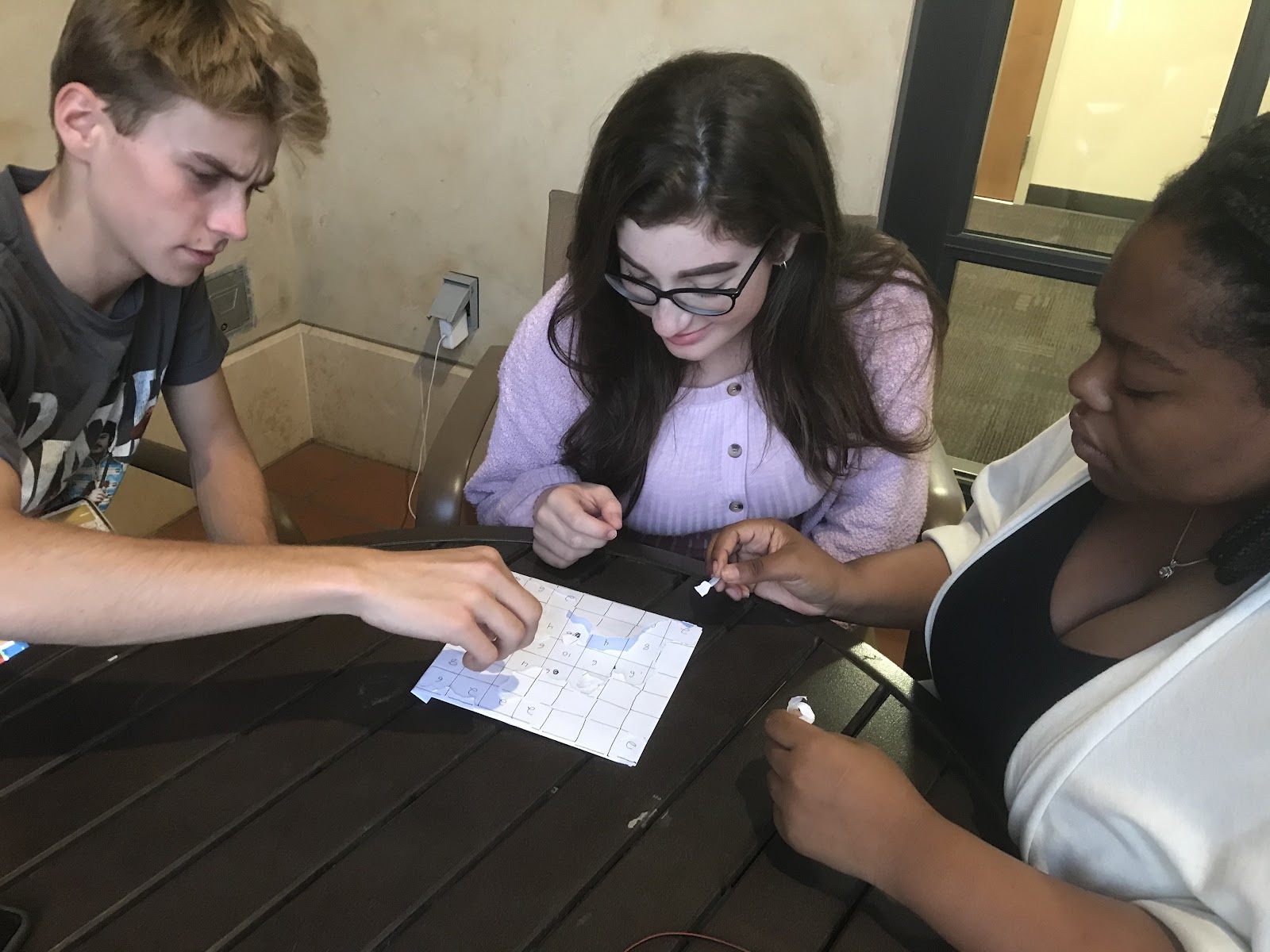 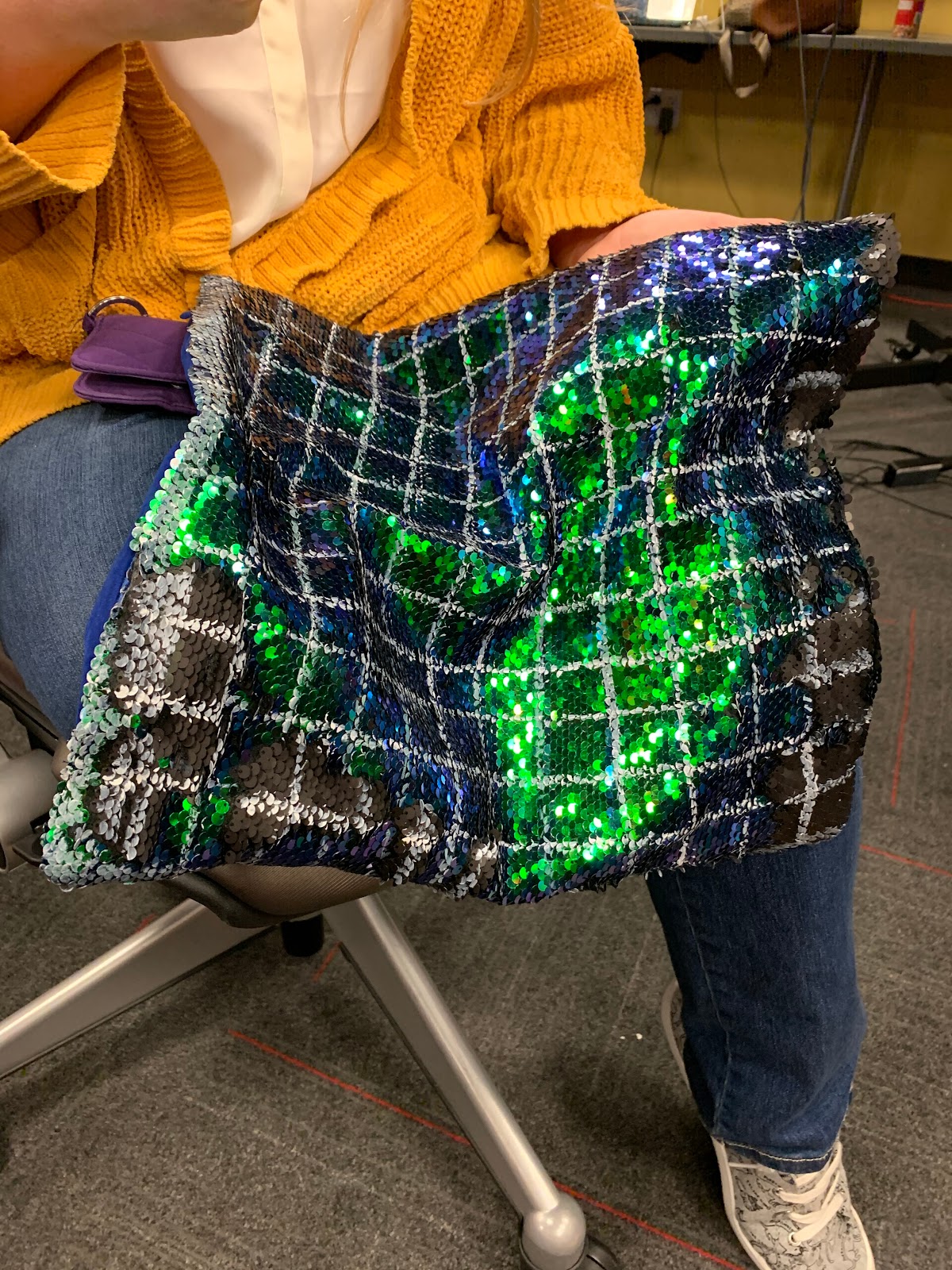 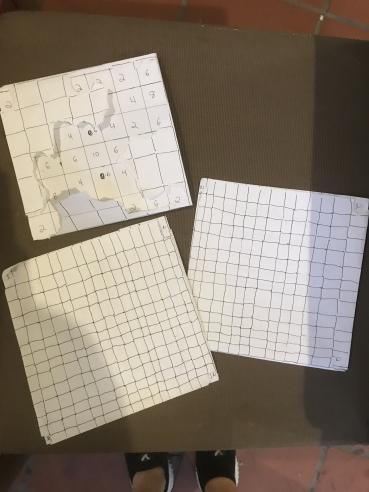 We settled on a 12 by 12 board and finalized the decision by drawing the grid onto our affordance object! 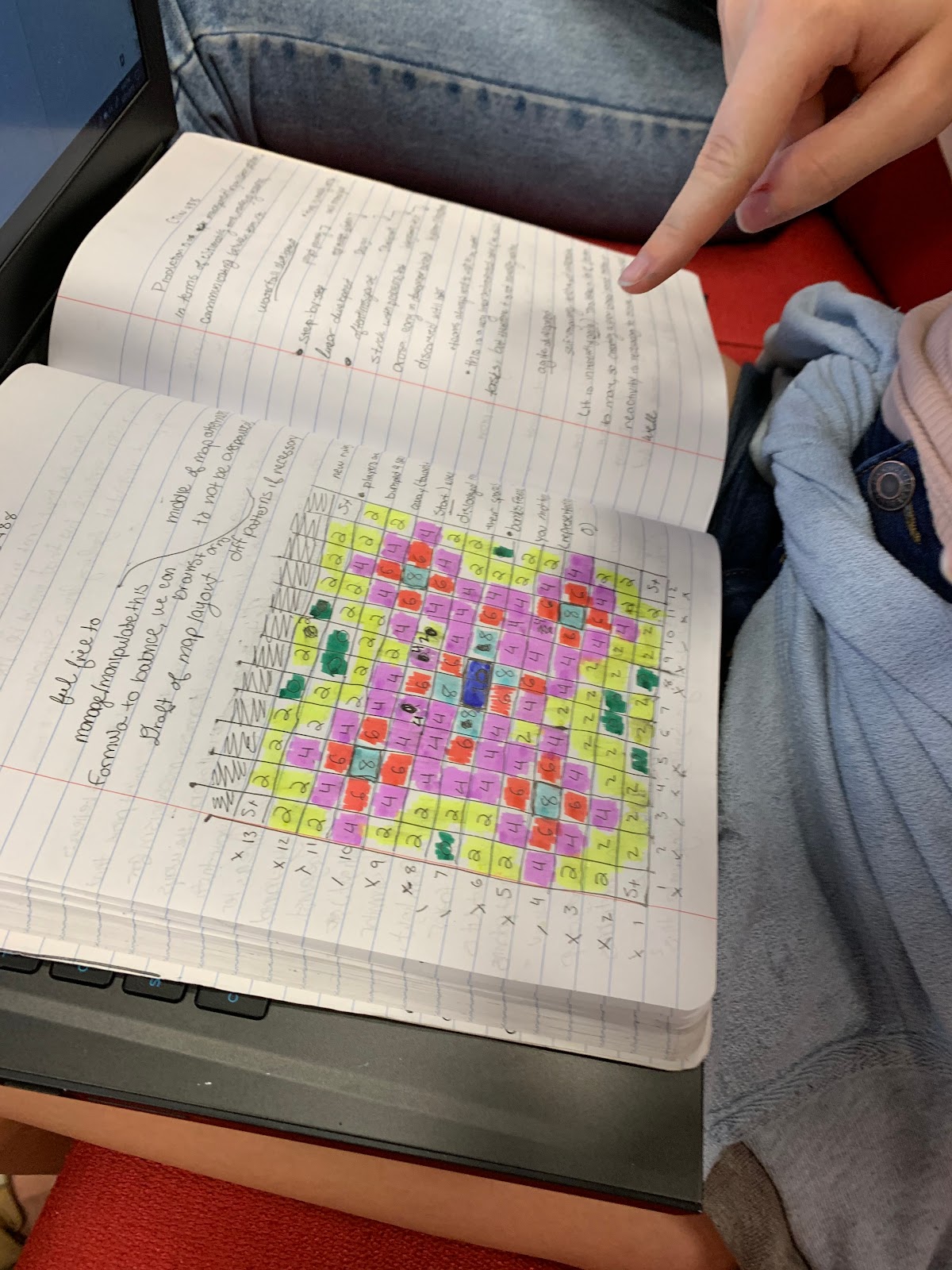 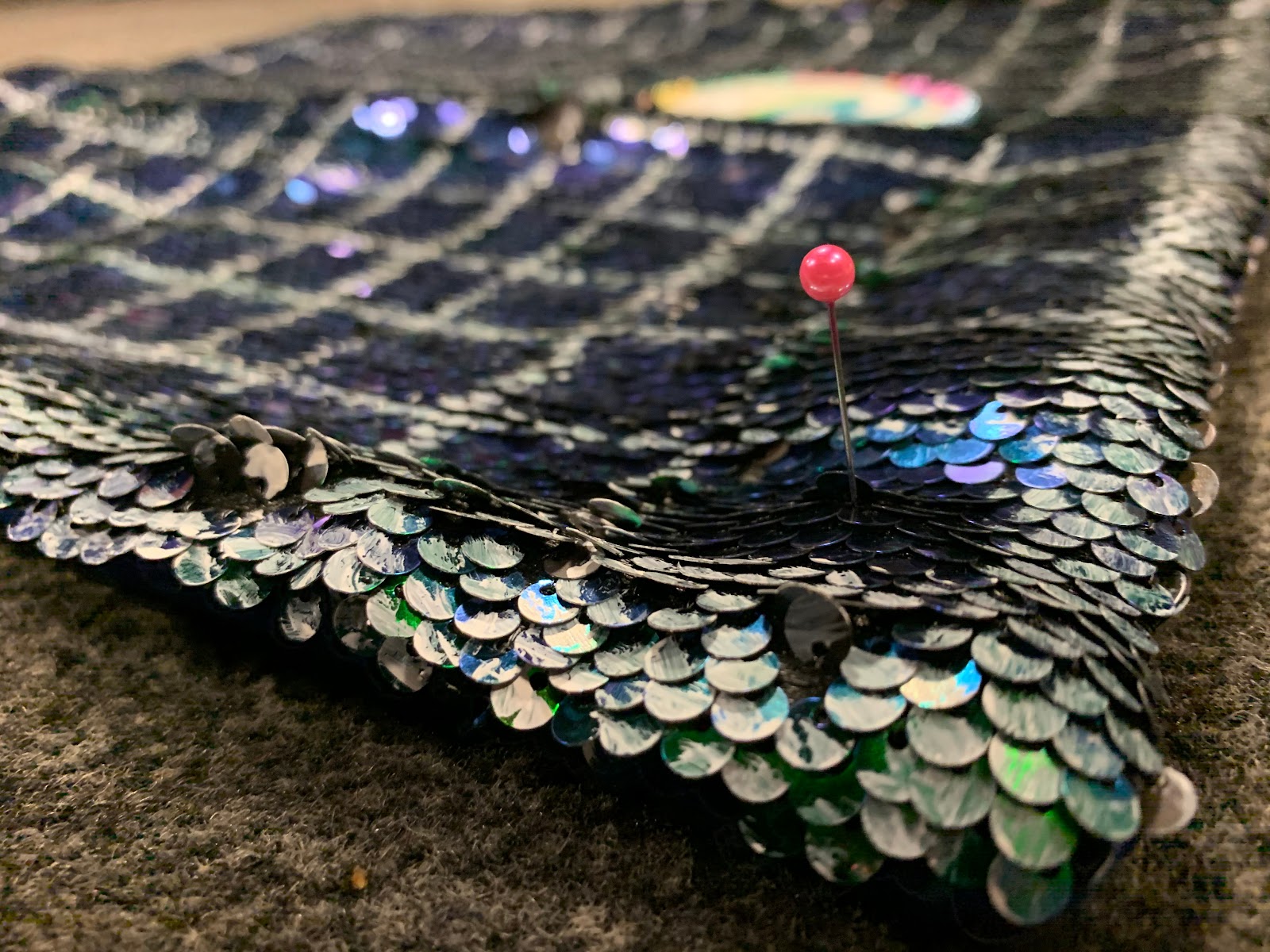 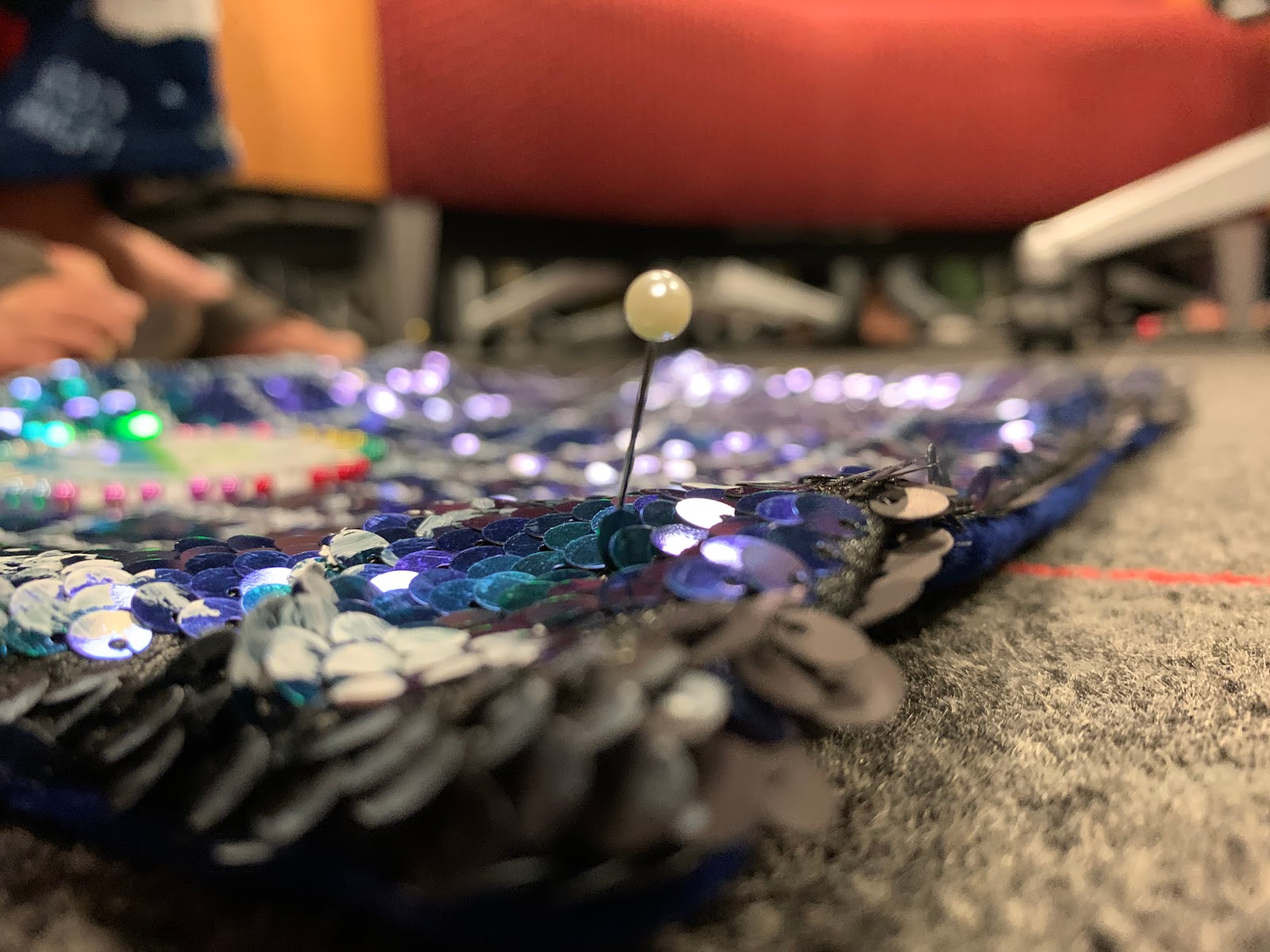 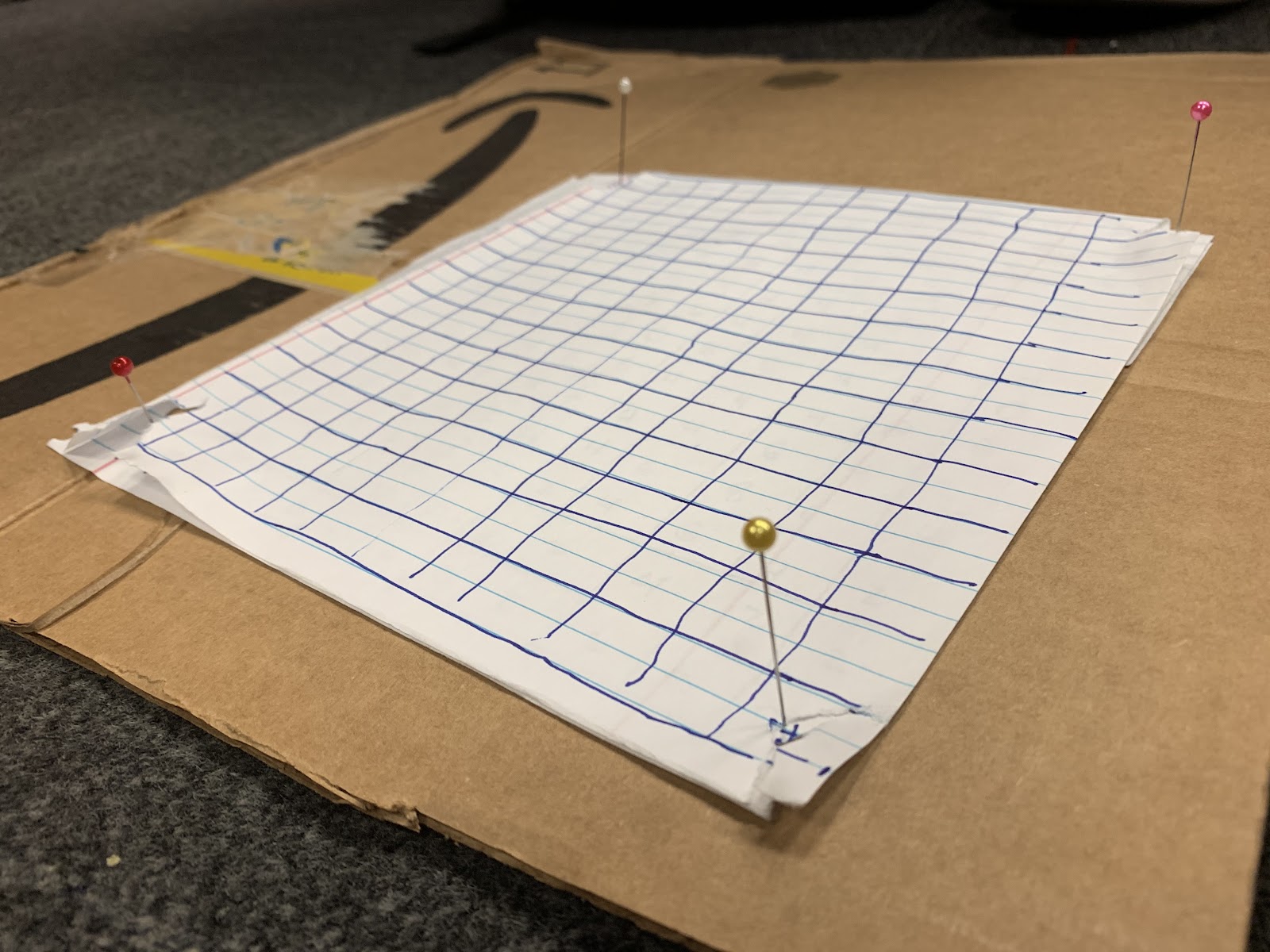 Continuing our “pirates” aesthetic, we decided to use pins to mark players’ locations! 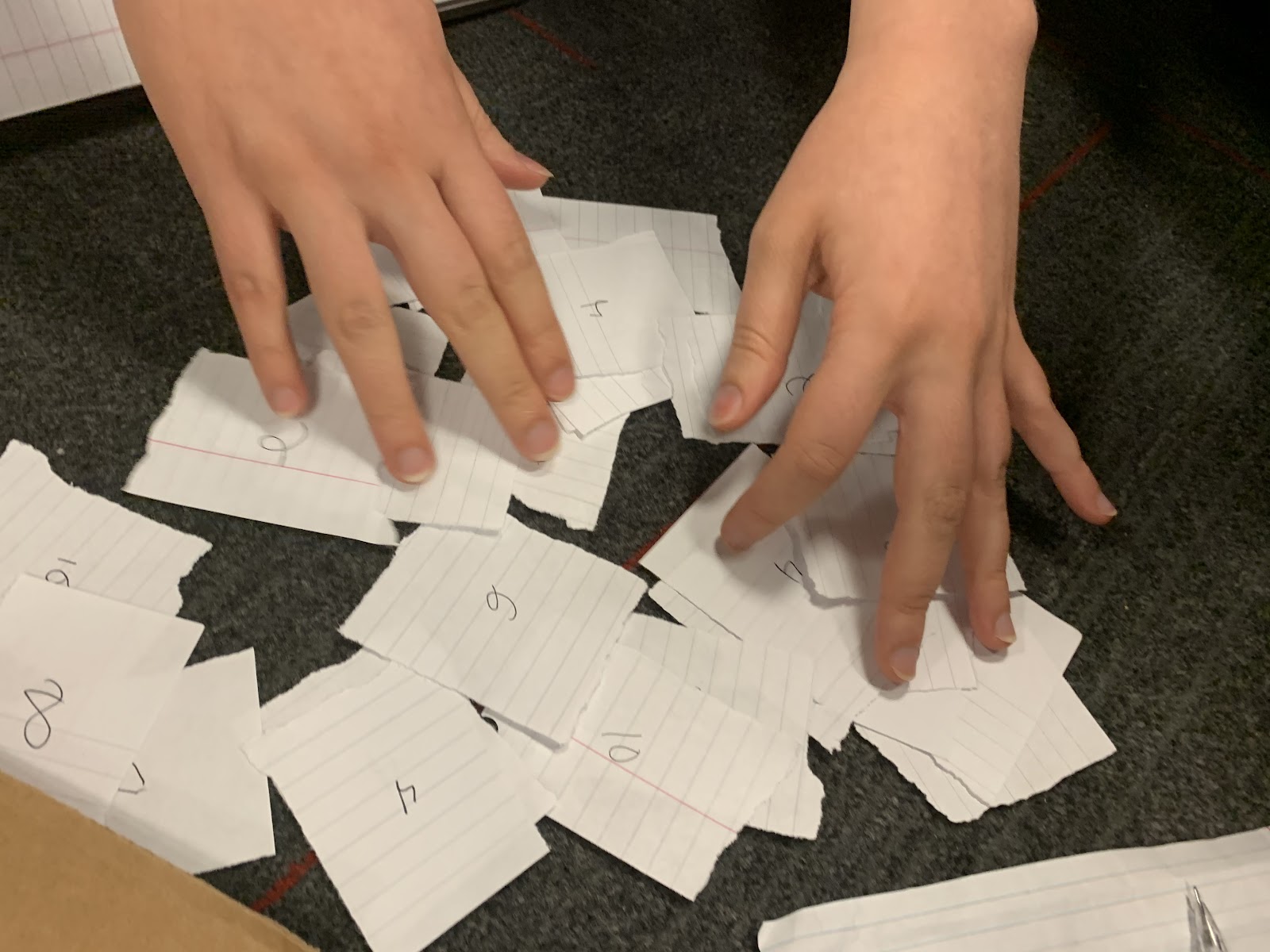 Currency was tracked with valued cards to represent acquired booty 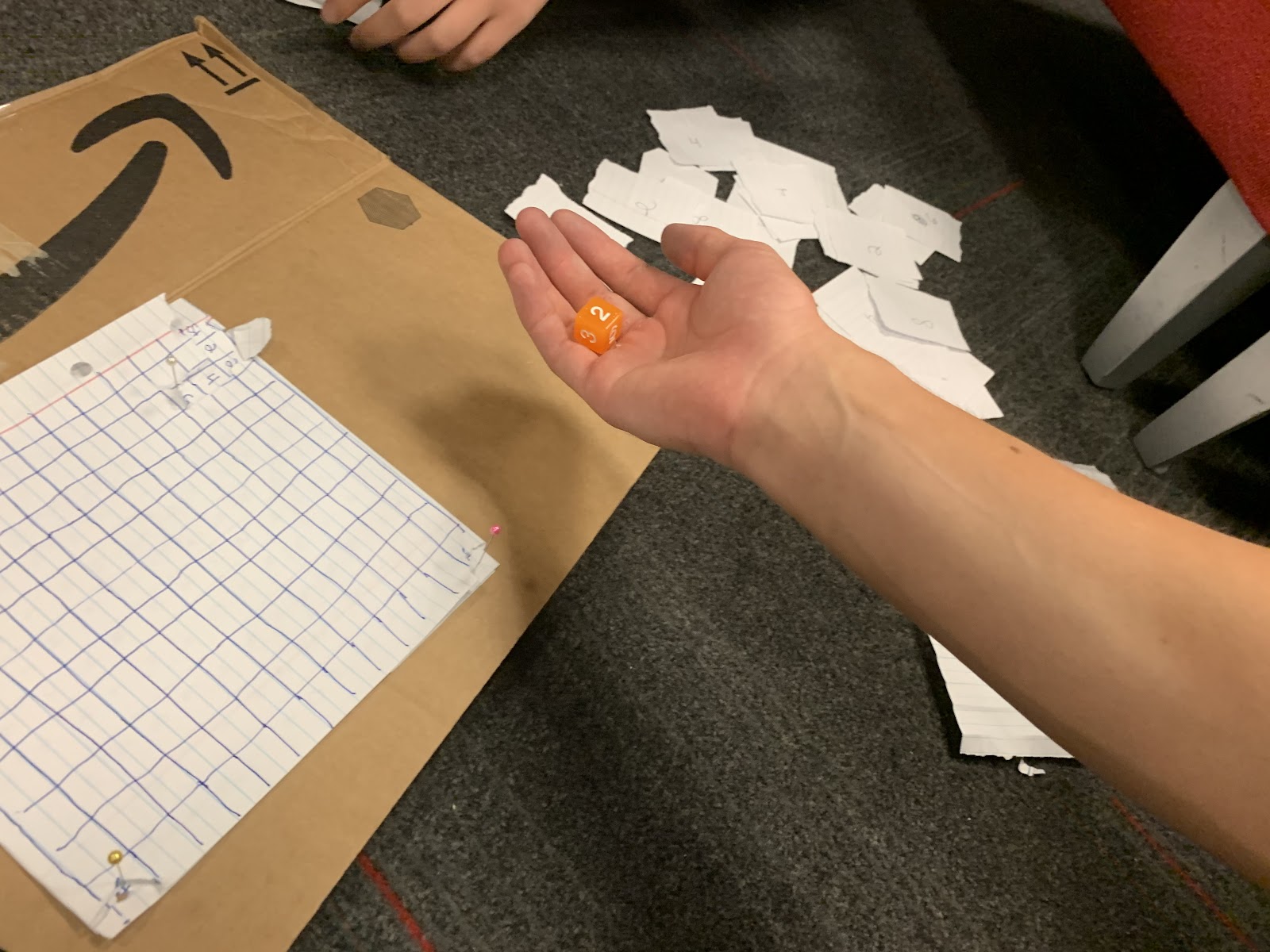 We switched to a d6 to match the larger board 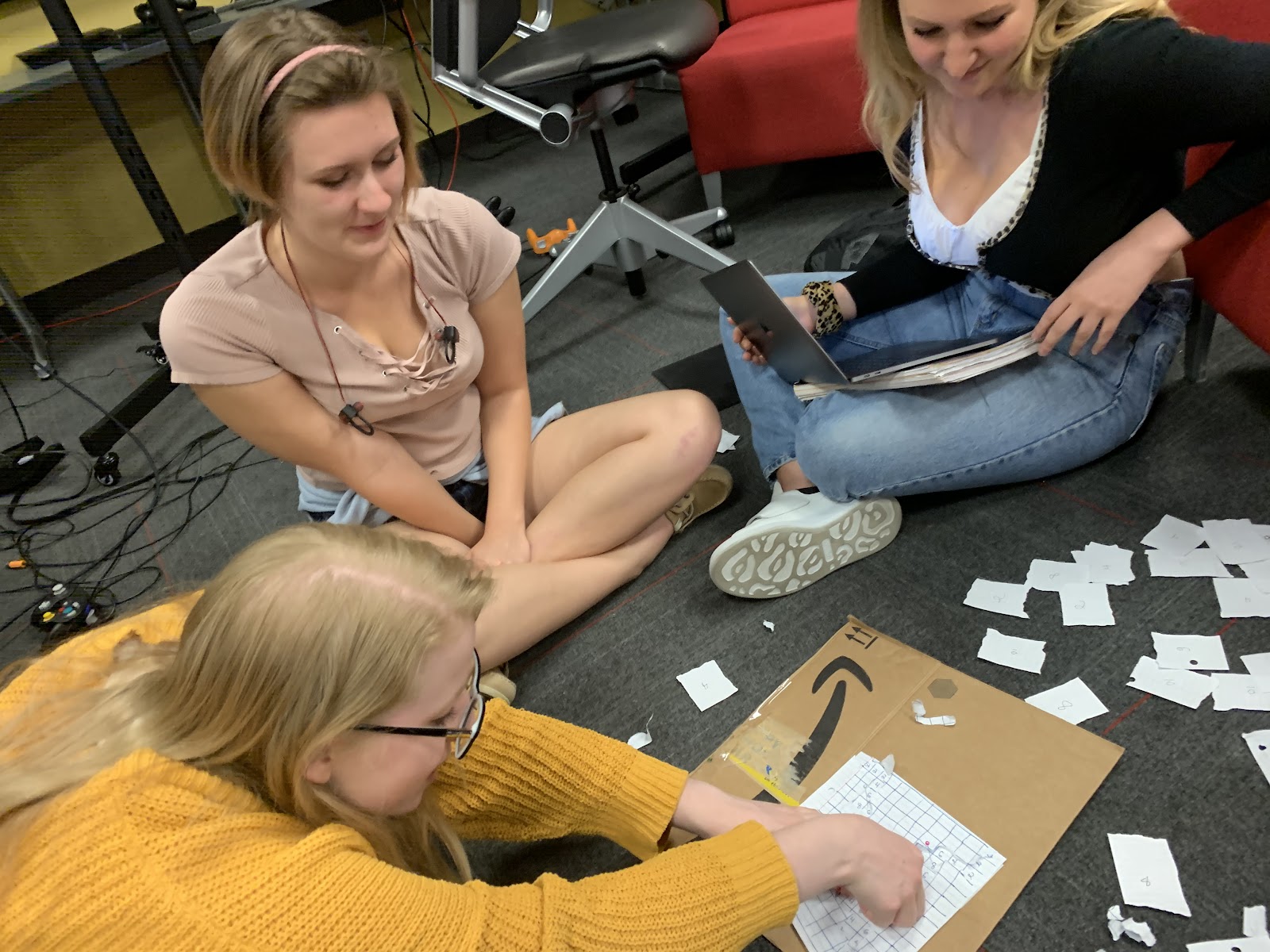 The game progressed well, but the bombs didn’t come into play much. 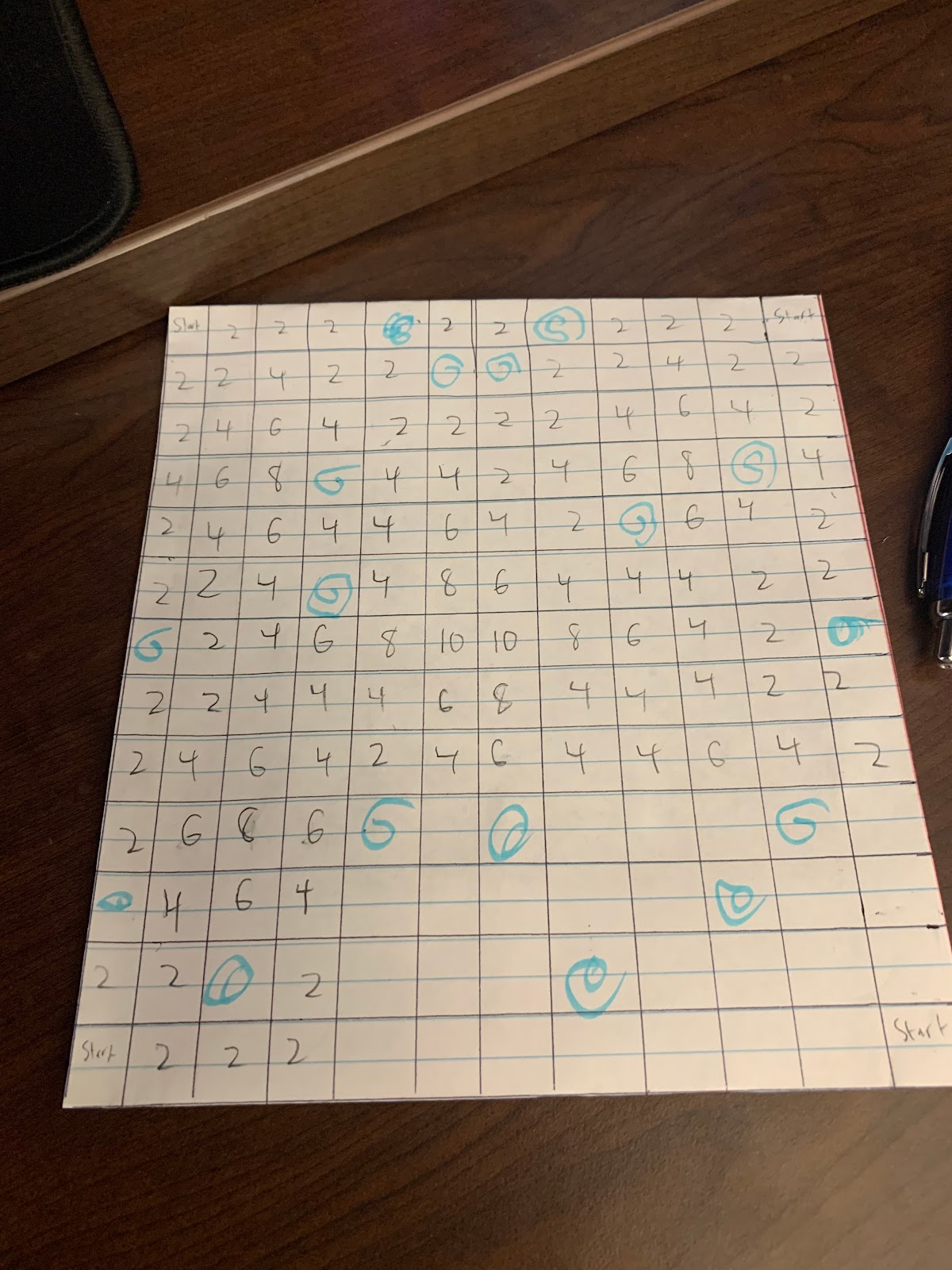 So we added more!

Also, to make them more interesting, they moved players “4 spaces toward the center” without revealing spaces hopped over.

Though they still didn’t give players any booty, it would make them less disheartening and perhaps make the game more interesting! 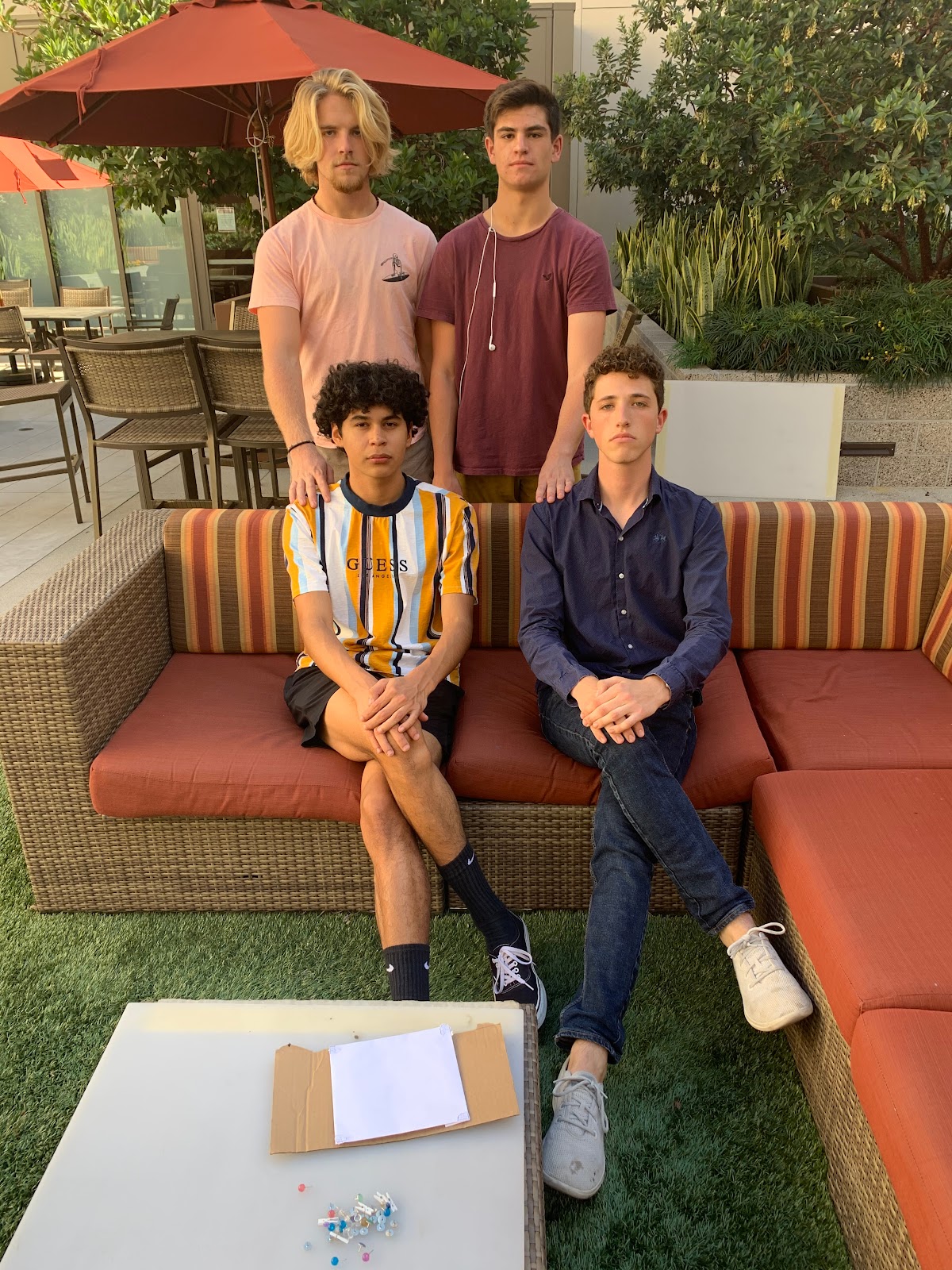 For some serious playtesting 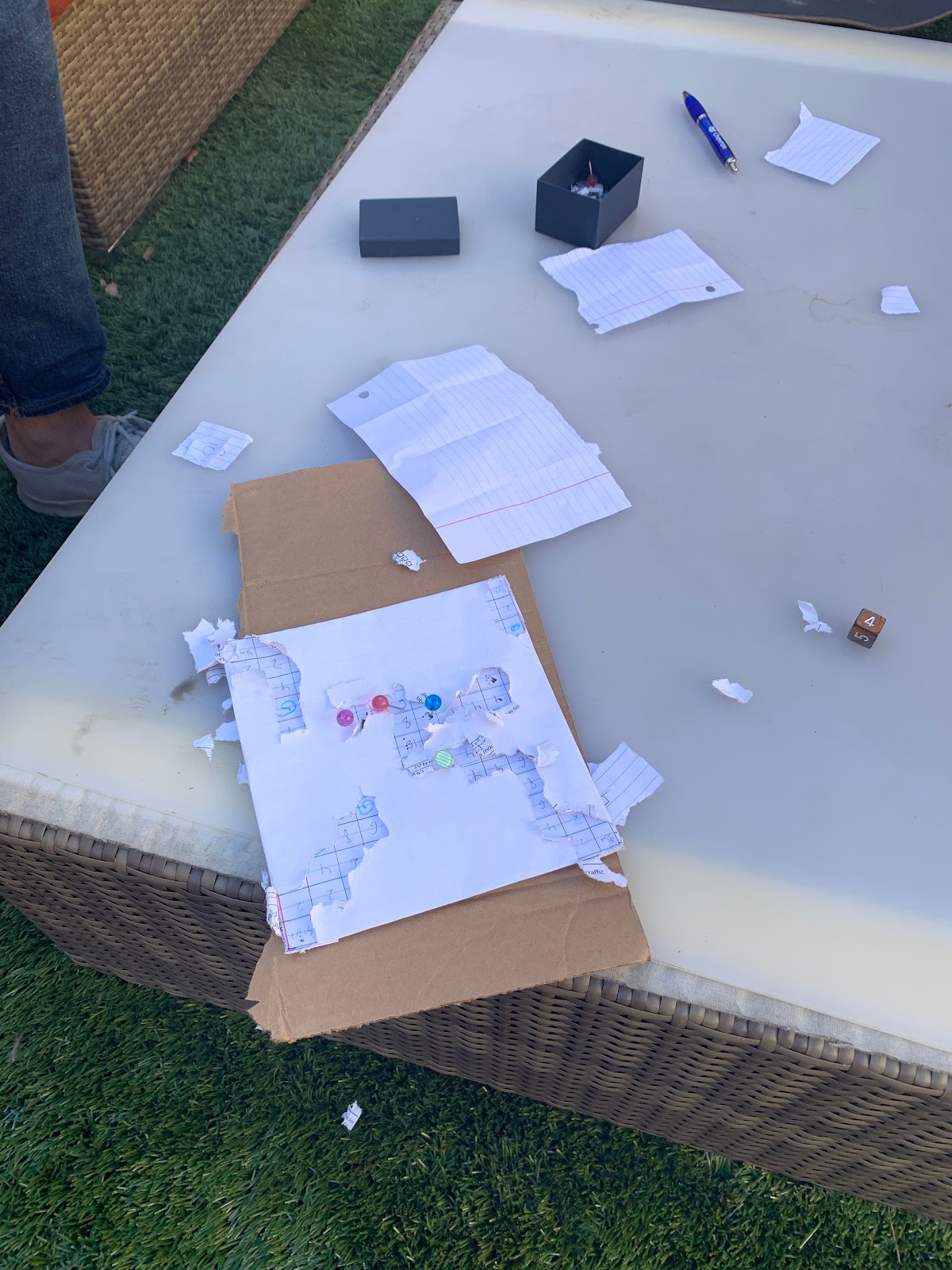 In line with our other playtests, the playtest with the storms was very messy.

Players’ biggest complaint was that it was “physically difficult to play”, since you had to rip up the top layer to reveal the board. 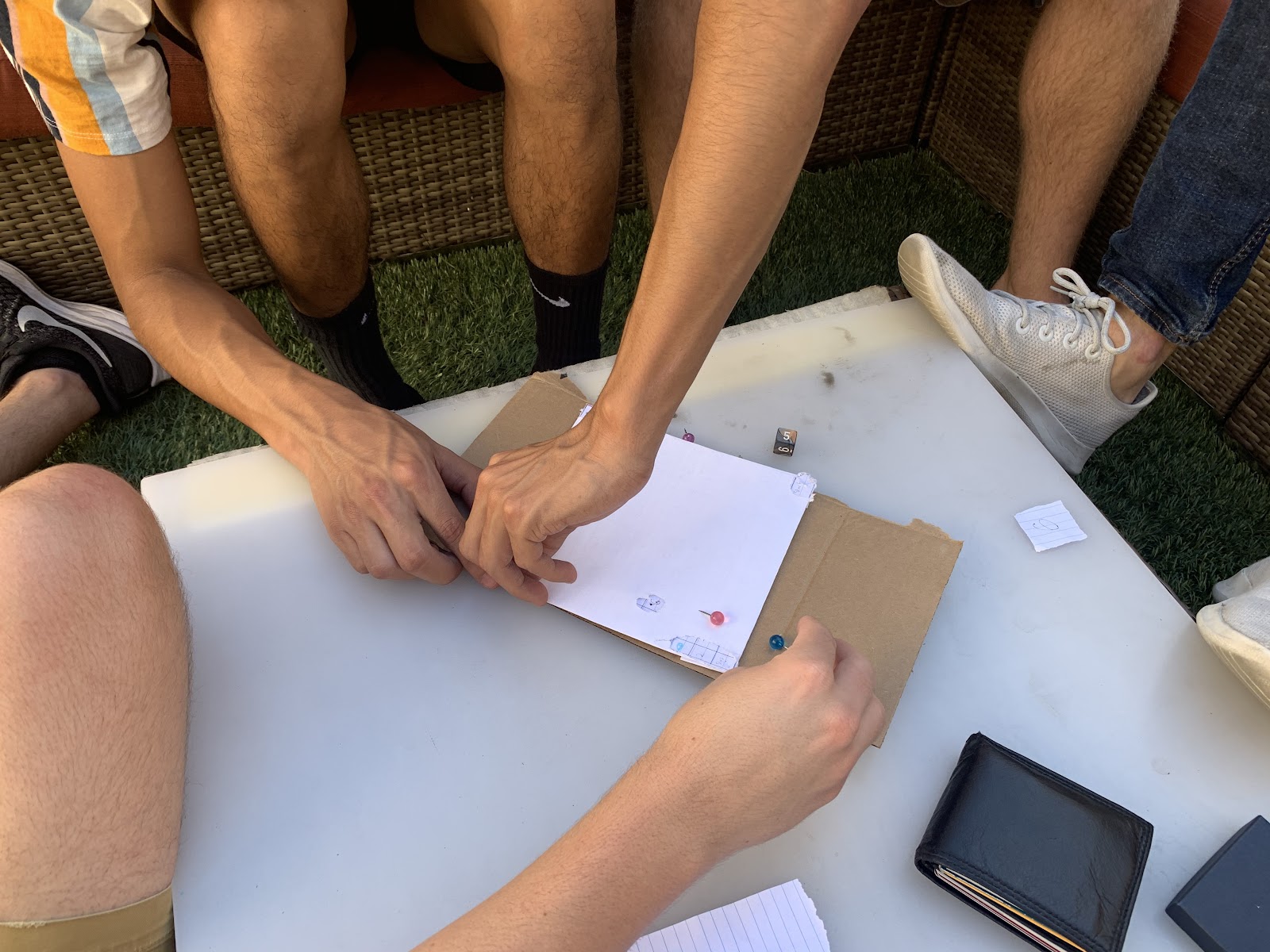 We also discovered that the storms were too complicated and confusing, since our rules did not afford diagonal movement or a good way to decide “center” direction.

However, including the storms/bombs in the mix of the islands did add more excitement to the game. 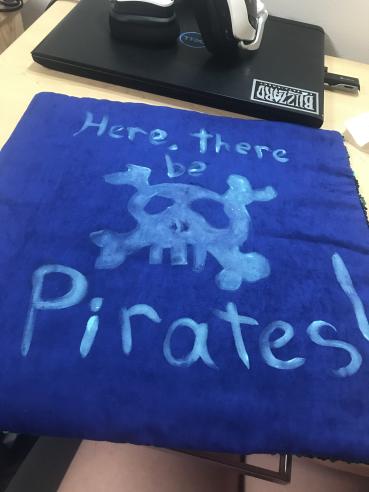 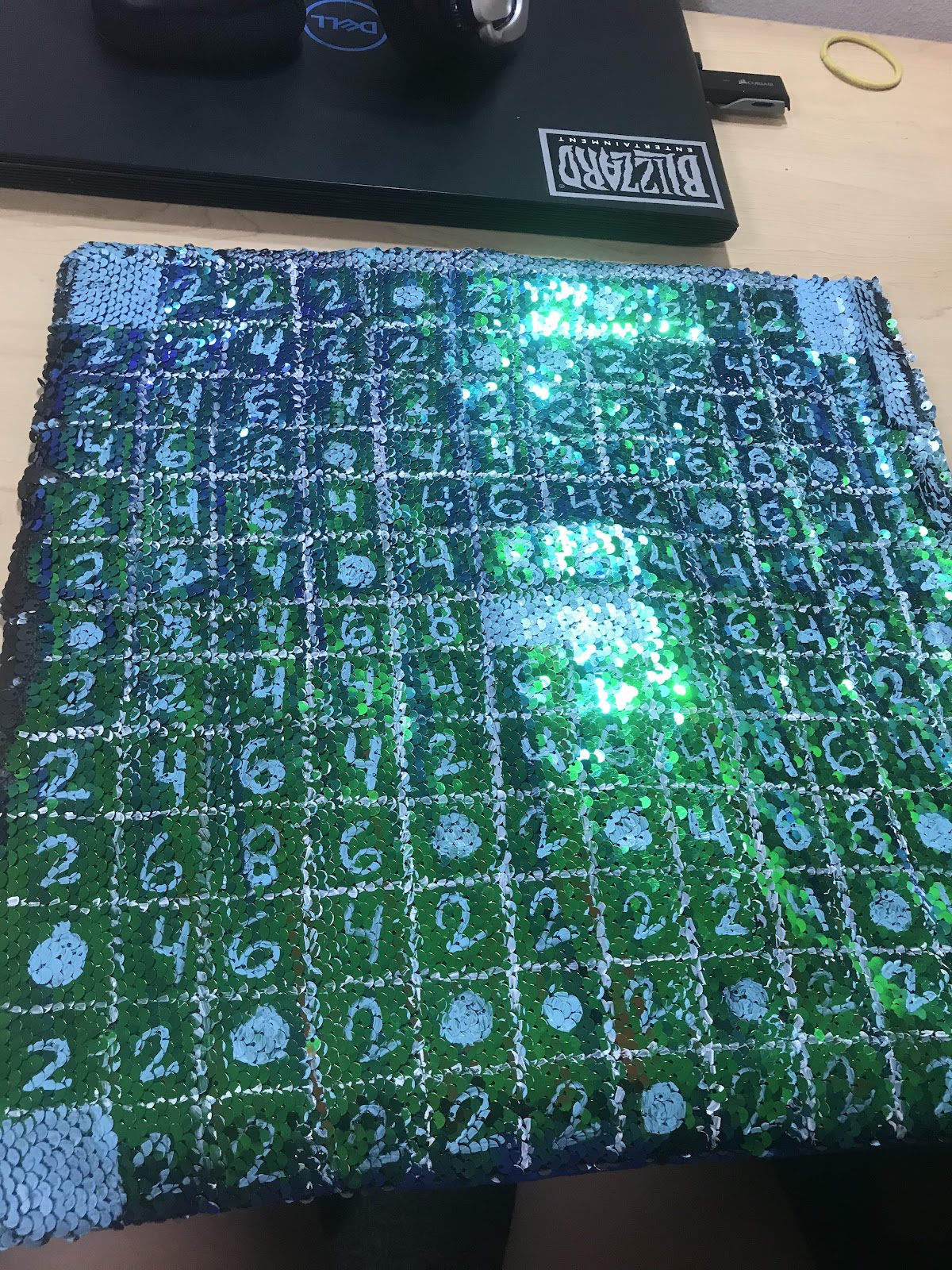 Super great experience, exploring the affordances and caveats of a weird pillowcase, and perfecting a fun game of high adventure on the turbulent seas!